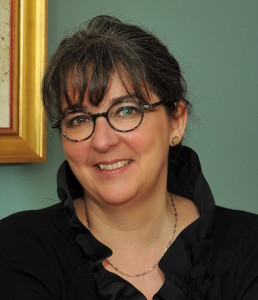 Abstract:
The digital culture influences library users’ needs. However, some “traditional needs” are preserved. For example, the grand reading room is still the hallmark study location on campus. The meaning of the library and its symbolic reference as a special place for students justify the major investments that are made all around the world in academic libraries. Libraries continue to be institutions that are contributing to transforming lives. In order to offer intellectually stimulating environments, many libraries have to go through major transformations. This contribution presents architectural and design characteristics as well as the concept of technology program for next-generation libraries. It also proposes, from a librarian’s perspective, how design can reveal the library as an public institution through which members of a community express their belonging to a group.

Guylaine Beaudry is University Librarian at Concordia University. She is responsible for the major renovation and extension of the Webster Library. She was in charge in 2014 of the transformation of the chapel of the Grey Nuns motherhouse into a reading room. She was previously Director of the Webster Library at Concordia. Before, until 2009, she was Director of the Digital Publishing Centre at Université de Montréal and Executive Director of Érudit (www.erudit.org), a publishing platform for humanities and social sciences scholarly books and journals. She wrote many publications on scholarly publishing, notably, the books La communication scientifique et le numérique, published by Hermès/Lavoisier (Paris), Le nouveau monde numérique et les revues scientifiques published by Les Presses de l’Université de Montréal and La Découverte (Paris, France), that was translated and published by University of Calgary Press (Scholarly Journals in the New Digital World) and Profession : bibliothécaire published in 2012 by Les Presses de l’Université de Montréal. In 2014, she was co-guest editor, with Yvon-André Lacroix, of the special issue Architecture des bibliothèques, published in Documentation et bibliothèques. She was a member of the Royal Society of Canada’s Expert Panel on the status and future of libraries and archives in Canada. She holds a doctorate in history of the book from École pratique des hautes études (Paris). Her thesis is entitled “Scholarly communications and the digital revolution: Analysis of a mutation period from a historical perspective”. She was president of the Corporation of professional librarians of Québec from 2008 to 2010.