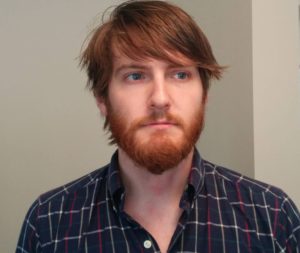 Jordan Kinder is an active member of the Petrocultures Research Group, a SSHRC Doctoral Fellow and PhD Candidate in the Department of English and Film Studies at the University of Alberta where he studies the intersections between the cultural politics of oil and social media.

This short talk will examine efforts from allegedly grassroots groups to circulate dominant narratives surrounding Canadian oil through social media. By imbuing Canadian oil with positive characteristics associated with the Canadian nation, such as democracy and progress, through the dissemination of extractivist narratives based on alleged facts, these petroturf groups garner broader participation in maintaining and reproducing the fossil economy on an ideological level. In examining their efforts, this talk aims to further understanding of the intimate relationship between network society and petroculture while using petroturfing as a case study for interrogating the role and notion of facts in an era increasingly defined as post-truth.