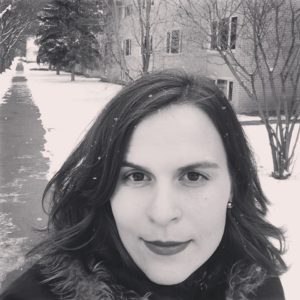 Luciana Molina Queiroz holds a Master of Philosophy from Federal University of Minas Gerais (UFMG, Belo Horizonte/Brazil). Currently she is a PhD candidate of Theory and History of Literature at State University of Campinas (Unicamp, Campinas/Brazil) and also a visiting researcher at University of Alberta awarded with a scholarship of Emerging Leaders in Americas Program (ELAP) and under the supervision of prof. Odile Cisneros.

Praxis and Media in Walter Benjamin: When Anyone Can Produce Truth

The aim of my presentation is to investigate, from a philosophical perspective, the impact of digital medias in our lives in a globalized world. I will talk about Walter Benjamin and his essays The Author as a Producer and The Work of Art in the Age of Mechanical Reproduction. Benjamin argues that the democratization of art reproduction could be used for a liberating praxis. However, he also outlines the counterrevolutionary uses of the art reproduction by the nazi films during the Second World War. This example shows the risks caused by the possibility of anyone producing “truth” trough mass reproduction. Taking that into account, my aim is to discuss the dialectical contradictions – the potentialities and challenges – currently posed by digital medias.