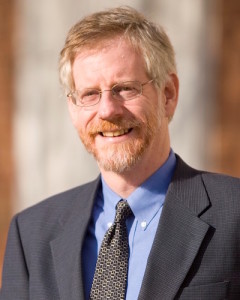 Libraries’ Shifting Roles and Responsibilities in the Networked Age

Abstract: This paper argues for a perspective I call “network
consciousness” to focus attention on the possibilities for, and challenges to, collective action by libraries in the acquisition, licensing,
cataloguing, and preservation of digital information resources. Some of these activities currently done on a library-by-library basis could more efficiently and effectively be done at a larger scale. But, a number of social, institutional and legal forces constrain these forms of collective action. In addition, most libraries focus their efforts and resources on acquiring access and use rights though negotiated licenses. But, whose responsibility is it to preserve Wikipedia or the open access scholarly literature, for example? That is, who is responsible for collecting in the commons? The paper closes with a recognition and appreciation for the intensely local aspect of the library’s role and responsibilities. Were libraries to be operated with a network consciousness, through which librarians would work collectively across institutional boundaries, they and their institutions would and will continue to play a distinct role in the public life of the places in which they are located. Libraries’ networked character can actually enhance their ability to diversify and to respond directly to uniquely local needs.

Michael Carroll is a Professor of Law and Director of the Program on Information Justice and Intellectual Property at American University Washington College of Law.  His research and teaching specialties are intellectual property law and cyberlaw, focusing on the search for balance over time in the face of challenges posed by new technologies. He is a founding member of Creative Commons, Inc., a global organization that provides standardized legal and technical tools that enable legal sharing of cultural, educational, scientific and other copyrighted works. He is now the Public Lead of Creative Commons USA, the organization’s United States affilliate.

Professor Carroll also is recognized as a leading advocate for open educational resources and open access over the Internet to the research that appears in scholarly and scientific journals. He has written white papers and has given numerous presentations to university faculty, administrators, and staff around the country on this issue. In addition, he serves on the Board of Directors of the Public Library of Science and was a member of the National Research Council’s Board on Research Data and Information.  He also is an Academic Fellow of the Center for Democracy and Technology.