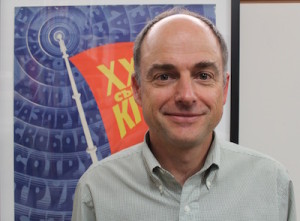 Digital Research with all our Senses: How the Archivist, the Historian, and the Librarian Can Work Together on the New Frontier

Abstract:
The Internet and the subsequent digitization of materials has been a boon for researchers.  Despite its many apparent advantages, the future is still uncertain and all sorts of questions remain unsolved and even unasked. Written from the perspective of the historian, these thoughts explore problems that arise when we think of digital research as a disembodied process that is not grounded in a specific time or place.  All too often, we celebrate the new-found ability of the historian to work with a computer and disregard the physical aspects of research that must persist if we in the humanities want to capture the dynamics of human experience.  In order to stress physicality, this talk looks at libraries as space; this is not a romanticisation of musty collections of books but an attempt to rethink how curious spaces can influence research.  Next, the talk explores the working relationship between historians, archivists, and librarians.  Historians have been rightly criticized by the last two groups of professionals for treating them as handmaidens or tour guides.  Instead of portraying the historian as an isolated researcher, the talk indicates why historians have to be continually aware of how archivists and librarians have been advancing their own fields, even if this means a heightened sensitivity to information technologies that might otherwise be of little concern to the historian.  Moreover, the historian has to be able to interact personally with professional archivists and depositories so that she understands how archivists determine which documents to digitize since even in a digital world only a small portion of documents are preserved.  Digitization is an imperfect process that only achieves its full potential when complemented with a complete physical understanding of the spaces in which we work, the materials which inhabit those spaces, and the professionals whose work will ultimately determine how the new digital universe works.

Dr. Nigel Raab is Associate Professor of Russian History at Loyola Marymount University in Los Angeles.  He is the author of Democracy Burning? Urban Fire Departments and the Limits of Civil Society in Late Imperial Russia, 1850-1914 (2011), The Crisis from Within: Historians, Theory, and the Humanities (2015), and Who is the Historian? (2016).  He has taught classes on the history of walking and theories of civil society.  His next book is about the social and political ramifications of natural disasters in the Soviet Union.