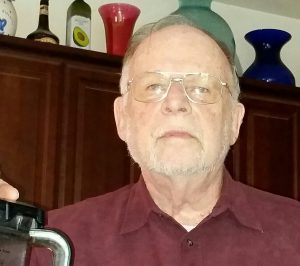 I have been a born scientist since junior high school. I ended up getting a PhD in Chemistry from Yale. I immediately took off to Turkey to teach chemistry at the Middle East Technical University in Ankara. While there, I joined the student folk dance club to travel around Turkey performing Turkish folk dances (my second love). Two short stints in Copenhagen and Indianapolis followed during which I picked up a Masters In Folklore. Eventually I made my way to California where I discovered that industrial chemicals could be had free for the asking if you just had a good way to use or sell them. I started a company called Zero Waste Systems Inc. which had the purpose of taking excess or unwanted or (not quite) used up industrial chemicals and reselling them with a minimum of any processing or treating. This fully profitable company, with 20 employees, found new homes for hundreds of tons of excess chemicals that would otherwise have been buried in the ground. This unique company was the only one of its kind that ever existed and the name embodied the first public use in the world of the term Zero Waste. The company lasted ten years and received worldwide acclaim. It became clear that the principles which governed the reuse of chemicals were the same as those which should be applied to all goods, in order to eliminate the seductive but harmful garbage mentality built around shedding personal responsibility. It turns out that reuse, or continued ownership and reuse, is the only way to eliminate waste and this will not happen unless all goods are designed at the start to be perpetually reusable. This is the Zero Waste principle. My website for the Zero Waste Institute attempts to flesh out this principle in actual applications. I wrote one book called Getting To Zero Waste which is a manual for chemical brokerage and reuse and another called Endgame of Politics which shows how a dozen common sense assumptions are actually all wrong (waste generation being one of them).