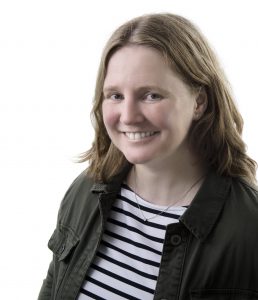 Dr. Petra Dolata, Associate Professor, is Canada Research Chair (Tier II) in the History of Energy at the University of Calgary, Canada. She holds a Master’s degree in American Studies from Ruhr-Universität Bochum, where she also received her PhD in International Relations with a study on US-German (energy) relations in the late 1950s and early 1960s. Petra is the co-convenor of Energy In Society (http://energyinsociety.strikingly.com), a working group at the Calgary Institute for the Humanities and a Senior Research Associate with the European Centre for Energy and Resource Security (EUCERS) at King’s College London. Her current research focuses on European and North American energy history after 1945 as well as the history and politics of the Canadian and circumpolar Arctic. She has published on Canada’s natural resources, foreign and Arctic policies, and the concept of energy security.

Sustainability in the Anthropocene:

Western societies in the 1970s experienced the multiple energy crises of the decade as direct contestations of hitherto unchallenged assumptions about continuous growth and resource abundance. While modern concepts of conservation (North America) and Nachhaltigkeit (continental Europe) date back to the 19th century, the concept of sustainability as proposed by the 1987 Brundtland Commission Report is directly linked to the high-energy societies of the second half of the 20th century. However, despite increasingly interdependent energy systems based on fossil fuels, different societies interpreted the concept of sustainability in distinctive ways due to varying philosophical traditions and historical experiences. This contribution will highlight the history and social constructedness of the concept of sustainability.