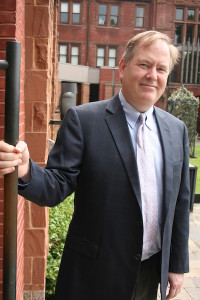 Beyond Place: Data Curation Possibilities for Post-Custodial Archives and Libraries

Abstract:
This paper looks at some digital curation challenges faced by libraries and archives and asks whether the new technologies create the possibility of curation beyond the “walls” of the archive and library. Taking as our starting point a nearly twenty-five year old groundbreaking paper by Michelson and Rothenberg (1992) we explore the technical possibilities of post-custodial distribution of archival resources. We examine the challenges of digital curation, the limitations of current approaches, and the lack of substantial progress on automation and on establishing digital preservation practices and processes which scale. In the end we consider the ways in which self-aware and contextualized digital objects interconnected in “webs of trust” can support custodial care and enable access.

Seamus Ross is Professor in the Faculty of Information at the University of Toronto, also known as U of T’s iSchool and Interim Director of the Coach House Institute (McLuhan Program). He served as Dean for seven years (2009-2015). Before joining Toronto, he was Professor of Humanities Informatics and Digital Curation and Founding Director of HATII (Humanities Advanced Technology and Information Institute) at the University of Glasgow (1997-2009).

During 2016 he is Visiting Professor at School of Information Sciences and Technology, Athens University of Economics and Business (Athens) and Visting Scientist at the Digital Curation Unit of the IMIS Athena Research Centre.